A visit down memory lane…

My official chore took me to Phuentsholing after 4 years. I spent a part of my childhood in Phuentsholing and reminiscing the good old days only made me miss the fun and the excitement back then. One commendable thing that has really happened is the cleanliness that the small city has maintained. It is clean indeed. 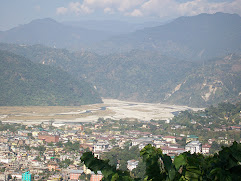 In other ways, the oldest city in our country has lost its charm due to the entry and exit formalities. The IC (Indian Currency) hiccups. The famous Gol

Buidling is now the Pedestrian Terminal. During weekends, I saw long snaking lines of people trying to enter Jaigaon. The Indian vehicles no longer
clog our roads although people from across the border still come to refuel their cars. There used to be a different kind of fun and excitement when the two peoples mix in the southern heat, but mind you it's not even warm these days-fog, smog, pollution...you name it!
The orange depot area where oranges used to be put in huge-sheds for exports are no longer visible, instead huge containers (I don’t know of what) align the roads connecting the famous Toorsa picnic spot. The roads there have maintained its infamous reputation-still super dusty and dry. 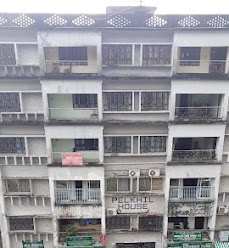 The famous cinema halls of Norgay and Mig have dwarfed and Norgay is nowhere to be seen. This was the cinema hall where I watched the block buster ‘Kuch Kuch Hota Hai’ paying Nu:15/- in the year 1999.

I remember a building where we used to play cricket and I am not sure if she was the owner or a tenant in the Pelkhil House, a plumpy Indian lady used to chase us away with a long hard broom. I strolled around Pelkhil House as well, faintly smiling as I remembered the shouts of the lady, ages ago.

The good old Ashok Hotel is still there, Blue Dragon, Peljorling the famous Deki Line, the nearby Rum Gaddi, and yes the lower market area which has undergone a complete metamorphosis and some Indian vendors are still with grocery stores. The oldest tailor in town I know, a muslim uncle near the famous Tobden Gully isn’t there, my childhood friend Chunku has put up a grocery store in the same alley.

The official chore hasn’t given me time to visit the place across the border and when I do that, there will be another update on it and for some reasons if there is no update on it, you can assume that I didn’t get the time to visit. Until then, thanks for dropping by.